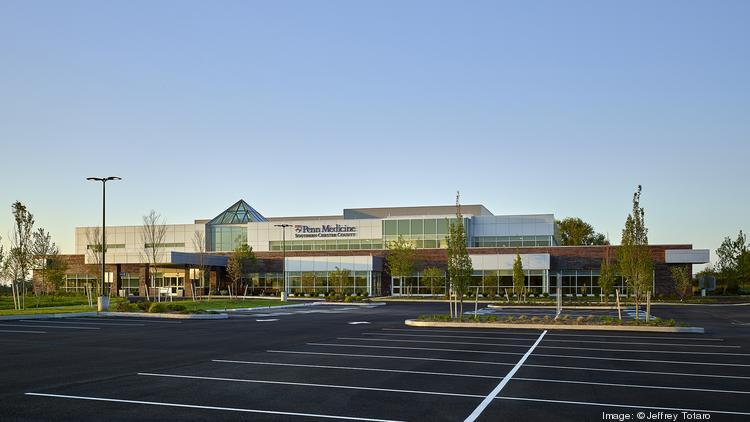 The 72,000-square-feet facility in West Grove, Pa., was developed by the health system in a partnership with Anchor Health Properties, a Wilmington, Del., health care development company.

The center at the intersection of Routes 1 and 796 is affiliated with Chester County Hospital In West Chester, which became part of the Penn health system in 2013.

The outpatient center will provide new competition for Jennersville Regional Hospital, also in West Grove, which is owned and operated by Community Health Systems (NYSE: CYH), a for-profit hospital management company based in Franklin, Tenn.

Primary care, ophthalmology, physical therapy, radiology and laboratory services are now being provided at the site. Obstetrics and gynecology, orthopedics, cardiology, otolaryngology, gastroenterology and pediatrics practices will be moving in this summer and fall.

An outpatient surgical center is scheduled to open at the center later this year.

Michael J. Duncan, president and CEO of Chester County Hospital, said many of the patients who use ancillary and inpatient services at his medical center are residents of the southern part of the county.

He said the outpatient center was built to allow those patients to be seen in one location close to home.

See the original article in the Philadelphia Business Journal.